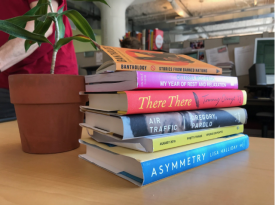 I was on The Takeaway today sharing my summer reading recommendations with host Tanzina Vega.  My picks: Asymmetry by Lisa Halliday, There There by Tommy Orange, Pretty Things by Virginie Despentes, Banthology, edited by Sarah Cleave, Air Traffic by Gregory Pardlo, and My Year of Rest and Relaxation by Ottessa Moshfegh. Listen here for more about what makes these books so great.

I’ll be speaking with Anjan Sun

daram, author of Bad News: Last Journalists in a Dictatorship tomorrow night at BookCourt in Brooklyn.  It’s the South Asian Journalists Association’s first event of 2016– and it’s free.  (And there will be wine!)

I recently spent a glorious spring afternoon with Gregory Pardlo, the winner of this year’s Pulitzer Prize in poetry.  We chatted on his stoop, and then we walked to a few of the neighborhood spots that feature prominently in his poetry– including the Fulton Street Foodtown, which is the setting for his poem “Problema 3.”  There, we talked about Baltimore, Toya Graham and being a black parent. Hear my story for The Takeaway and listen to him read and discuss a few other poems on The Takeaway’s site.

UPDATE: A second version of the story I filed for the WNYC newsroom is now online too.  In it, we talk about the changing visual landscape of his neighborhood, and why his young daughters have mixed feelings about his Pulitzer. 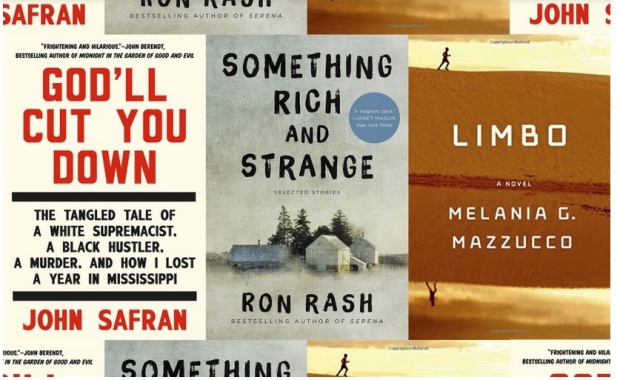 New reviews for The Daily Beast! Check out my takes on new books about a white supremacist’s murder in Mississippi, hardscrabble homesteaders in Appalachian North Carolina, and a female Iraq War commander’s return to her home in Italy.

Here are just some of the segments I’ve recently worked on for The Takeaway:

A New Legal Challenge to Affirmative Action “Since George Washington, universities have been thought of as places where the American melting-pot idea could be realized, in part,” Columbia University President Lee Bollinger told The Takeaway.  Nearly a decade ago, Bollinger was part of two landmark Supreme Court Cases on affirmative action, Gratz vs. Bollinger and Grutter vs. Bollinger.  He weighed in on how the new challenge to affirmative action posed by the Fisher vs. Texas case could change the face of the student body of universities of the future.

NYPD Surveillance Program Monitored Muslim Students at 13 Colleges A recently leaked New York Police Department report provides a startling picture of just how far the NYPD’s intelligence division went in a surveillance program targeting monitoring Muslims students at 13 colleges in the northeast. CUNY student Jawad Rasul told The Takeaway he was shocked to find out he’d given an undercover agent a ride to a student whitewater rafting trip. “These things come out which really are kind of a slap in the face to the people who are trying to assimilate into the country and lose our foreign identity to become American,” he said. (More on this story from the WNYC Newsroom.)

Electoral Demographics and the History of Presidential Primaries  Ken C. Davis, author of Don’t Much About History joined the show to help  fact-check some claims made by writer Timothy Egan in a recent New York Times op-ed.  “There is no other way to put this without resorting to demographic bluntness: the small fraction of Americans who are trying to pick the Republican nominee are old, white, uniformly Christian and unrepresentative of the nation at large,” Egan claimed.  Davis explained why that comparison is somewhat — but not entirely — accurate.

60 Lives Connected in the Largest Chain of Kidney Transplants  Candice and Michael Ryan, a husband and wife kidney recipient and donor shared their moving experience as part of the largest-ever chain of kidney transplants.  “It’s life-changing,” an emotional Candice Ryan told The Takeaway.  Check out The New York Times’ incredible multimedia coverage of this story here.

Chinese Vice-President Xi Jingping Visits The US  The Atlantic Monthly’s James Fallows explained how the Communist Party’s role in business has evolved in China.  Kirk Leeds, CEO of the Iowa Soybean Association also joined the show to discuss how Vice-President Xi’s visit to the state would reinforce a multi-billion dollar trade partnership.

California’s Ban on Gay Marriage Struck Down  “You cannot give a right to marry and then take it away solely on the ground that the individuals that you are taking it away from are a despised or disfavored group,” explained NYU law professor Kenji Yoshino.  While working on this segment, I also recorded a short audio interview with John Lewis and Stuart Gaffney, a phenomenal couple.  Read more about them here or listen to a longer interview with them from 2010 here.

Tebow Bill May Allow Home-Schoolers to Play on High School Teams  Homeschooler Patrick Foss is a talented soccer player heading to University of Virginia in the fall to play college soccer. He told The Takeaway he wished he’d been able to play soccer on the local high school team. “My parents are taxpayers just like next door neighbors, just like the person two doors down who is the starting point-guard at our high school,” he said.